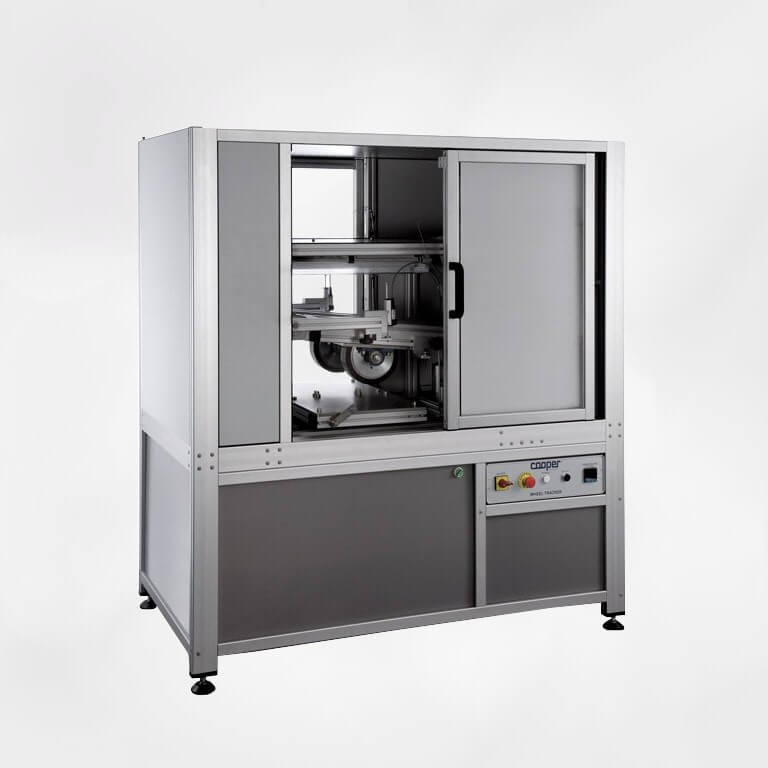 Wheel trackers are devices used in road research laboratories (RRLs) to assess the resistance of road paving to permanent deformation. A rut can be defined as the deformation of a roadway lane following the direction of wheel traffic movement in the parts of the road where vehicles happen to pass most frequently. Its occurrence is caused by the viscoplastic deformation of asphaltic layer or layers, or by the deformation of surface bearing layers.

The standards in force (PN-EN 13108-1 asphaltic concrete and PN-EN 13108-5 SMA) provide for testing the resistance of road paving to permanent deformation due to rutting in accordance with PN-EN 12697-22. The following wheel trackers and test conditions are distinguished:

The history of large-scale LCPC wheel tracker begins in France, where it was introduced as a supplementary testing device when designing a mineral-asphaltic mixture in a gyro press. The test is performed at a temperature of 60˚ C since it simulates the conditions on the road surface in the summer season. During the operation of the device, a wheel with a smooth tyre with a pressure of 0.6 MPa and a load of 5kN is applied to the specimen, and it performs runs over the specimen with a frequency of 1Hz. 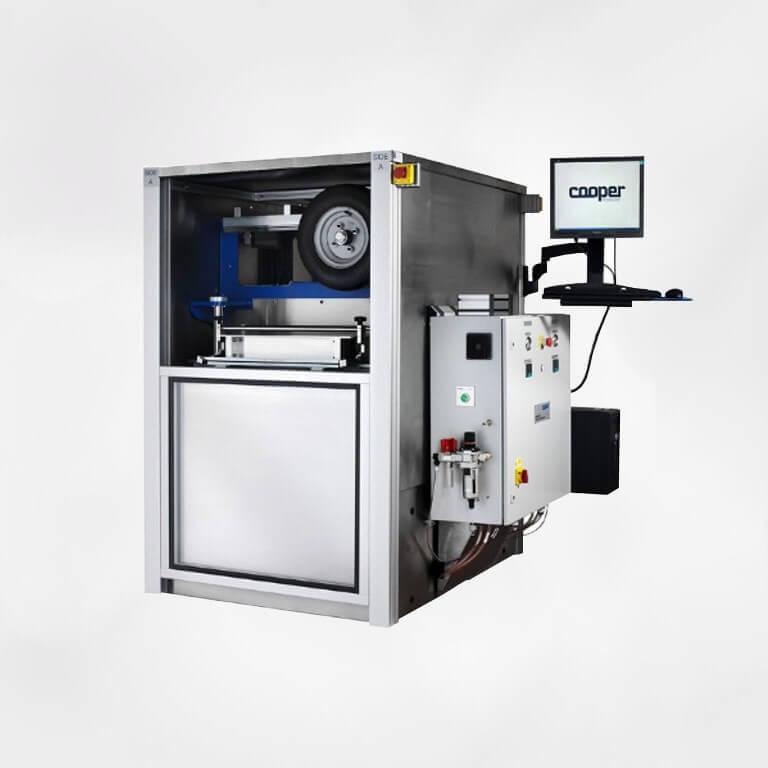 The small-scale wheel tracker was developed and introduced to rutting assessment studies in the UK. The test is carried out on specimens with intact structure, cut out from a road paving layer or packet of road paving layers. The device can be used to test specimens produced in the laboratory. The small-scale wheel tracker is fitted with a load wheel without retreading, whose outer diameter is between 200 and 205 mm. Depending on the model of the device, the wheel is moved back and forth over the specimen or vice versa. This movement is carried out over a distance of 230 ± 5 mm with a frequency of 26,5 cycles per 60s. The device wheel is applied to the specimen perpendicularly with a load of 700 ± 10 N. During the test, the following data are recorded: the temperature with an accuracy of 1°C, the number of wheel runs and the rut depth. The test is stopped when the rut has reached the depth of 20 mm or the wheel runs have completed 10 000 cycles. The test is carried out at 60˚C. Before the test, each specimen should be kept at the test temperature for a minimum of 4 hours if the height of the specimen does not exceed 60 mm, and a minimum of 6 hours but not more than 24 hours if the height of the specimen is greater than 60 mm.

The necessary cookies are absolutely necessary for the proper functioning of the site. This category includes only cookies that provide basic functions and site security. These cookies do not store any personal data.

Any cookies that may not be particularly necessary for the operation of the site and are used in particular to collect users' personal data through analysis, advertising and other embedded content are referred to as unnecessary cookies. User consent is required before running these cookies on the site.